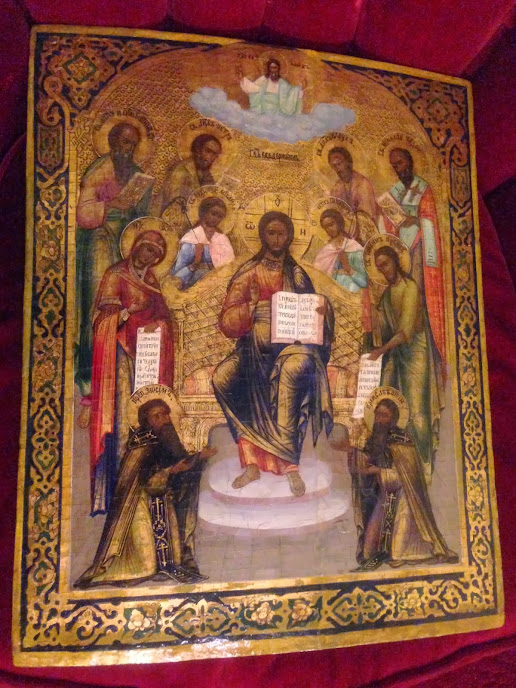 Unfortunately, the icon was brought to the temple in disrepair. Paint and gilding faded from time, but more importantly, the icon was broken in half and reconnected at the back with iron clamps. The clamp screws struck through messing up the image of the icon even more.

Among our members, there is a professional restorer Galina. She undertook to restore the icon and thank God, brilliantly coped with this work. On October 14, at the Protection of the Virgin, the Solovki icon appeared before the congregation in its original form. Galina managed to restore the board and the image completely. The restored icon was consecrated.

The choir and congregation sang “Many Years ” to Galina and her family. The priest thanked her for her work and invited the congregation to donate for the manufacture of a kiot for the Solovki icon.